After our Highlands trip, we ventured south for our second of two-day road trips to Manchester, England, to see Manchester City take on Everton at home. Man City was in first place of the Premiere League at the time of the game, which resulted in a 1-1 draw. 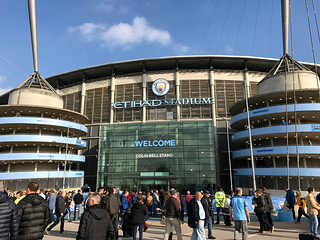