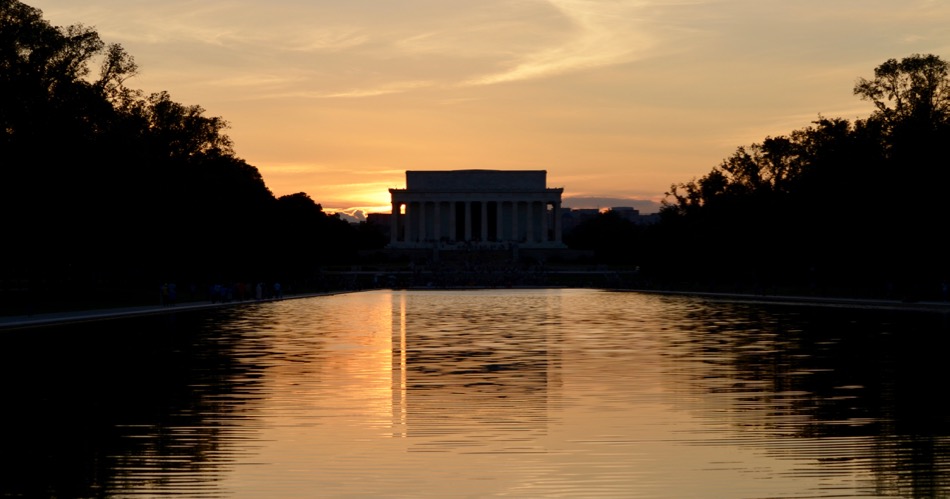 … and no, not the car rental company.

A sequence of events afforded me the opportunity to visit some of our great cities within a six week timeframe. The third and last of these trips would be to the capital of the United States, Washington, D.C.

I hadn’t traveled to DC in more than 15 years, when I was a teenager. I’d had friends, and others from work make trips to the city, and while there wasn’t a significant desire to travel back to the city (I’d actually been twice), I believed as though a “reason” to visit would definitely help the planning process.

Turns out, it doesn’t take much more than watching the Orlando City soccer team play, to move me into the consideration mindset. With cheap round-trip airfare, and a reasonably priced hotel near the Metro, I booked my trip with what I thought would be the showcase of seeing Orlando City play DC United. As luck would have it, I found myself attending a major historic event in my nation’s capital.

About two weeks before my trip, I started doing some research, as I do. I knew I’d want to visit the monuments, and a few of the museums, but wasn’t sure how much I could in an action-pack two full days. Thankfully, in my research on the Smithsonian museums, I uncovered that a new museum would be hosting its “grand opening” the day of my arrival, and based on my flight times and hopefully successful metro trips, I might be able to see the entire event.

The week into my trip was filled with a lot of personal challenges, which I won’t go into detail here, but needless to say, my mind was preoccupied when I left Orlando on my JetBlue flight to Reagan. I’d not flown into this airport, as Dulles had been connection previously, so a new airport can always pose the, “um, where?” moments. Compounded by my arrival, I’d read that the DC metro system uses pre-paid cards with variable travel rates, depending on the day and time of your trip, in addition to the length of the trip. I purchased a $20 prepaid card, which worked well.

JetBlue got me to DC without any problems, and having been on Frontier the weekend before, it was nice to have a few perks of non-discount air travel, including a free beverage and snack, free carry-on bag, and seat selection.

Other than the trains only running about every 15 minutes on the weekend, I was able to board a blue line train, making a connection to the orange/silver line, to drop my bags off at the hotel. I’d booked a brand new hotel – less than three weeks open – for my trip. The staff was pleasant and helped me with some arrangements for my bags.

Off to the National Mall, where if luck was on my side, I’d see the opening dedication ceremony of the new Smithsonian Museum of African American History and Culture. I knew President Obama would be speaking at the event, but I was completely surprised by the guest panel. Luck was in fact with me, and I arrived during the very start of the celebration at the singing of the national anthem. I was able to hear and attend the entire event, including hearing not just President Obama speak, but President George W. Bush – who signed the legislation into law to create the museum – as well as the Chief Justice of the U.S. Supreme Court, John Roberts. When do you get to hear the Chief Justice speak? Members of the U.S. House and Senate also spoke, as did many celebrities. I heard Oprah and Will Smith recite African American poetry, including Zora Neale Hurston. I heard Stevie Wonder and Pattie Labelle sing, each separately. And got to be a witness to a moment in history, when our divided country came together to remember and celebrate all that the African American culture and community has contributed to this great country. I was honestly, truly humbled.

I stopped by a CVS on my way to the hotel to grab some pre-game beers and as I entered my room after check-in, the cleaning staff in the room next to mine was walking out. She asks me, “Do you drink beer?” “Yeah,” I reply and she hands me two free beers left in the room. A pleasant surprise and now leaving me with more beer than I can usually drink in a weekend.

I had some time to waste and in my research had found that the D.C. University of Florida Gator Club was hosting their watch party at the bar almost directly across the street from my hotel. I don my orange and blue and walk over. The place was packed with Gator fans complete with the fight song and good food and drink specials. I manage to grab a bite to eat and leave at half-time to get back to the hotel to change into my white and purple for the City game.

Getting to the game wasn’t too challenging, but getting to my seat in the stadium definitely was a problem. I even had to practically break into one of the men’s restrooms in our section, as the facility at RFK Stadium is so old. It was, however, military appreciation night and the Army paratroopers did a landing into the stadium with the game ball, which was very cool.

Regrettably, City just wasn’t into the match, and I left after the score went 0-3 in favor of United. City would eventually score a goal, but so would United making the final 1-4 United. Boo. I made it back to the hotel via the metro, of which I was becoming quite capable of riding successfully without even checking the map. While somewhat sour from the loss, I went to bed with the plan of hitting museums in the morning.

Sundays in the city are really only good for museums, as much of the government office buildings are closed on the weekends. I grabbed a free breakfast in the hotel and made my way to the Smithsonian Museum of Natural History. This has always been my favorite national museum, as it features geological specimens (I don’t really care about the Hope Diamond, but I did see it), and other fossils and exhibits of various flora and fauna. On the wall where about 40 early human ancestor skulls were displayed, I jokingly called them the exhibit to Natural Science Fiction, as fundamentalists would agree.

After a thorough review, including see the fossilized skull of a tyrannosaurus rex, and a moai statue from Easter Island, I ventured out, undecided where to visit next. Thankfully, there was zero line for the National Archives, which had on display the Constitution of the United States, the Declaration of Independance, and the Bill of Rights (real, or reproduction conspiracies aside). I did get to see the Gettysburg Address from President Lincoln and thought all of this was perfect, given the tenor of this year’s presidential election and the weekend’s museum dedication. No photographs are allowed in the Archives.

After leaving the Archives, I was across the street from the Smithsonian Museum of Fine Art, which features works collected by various artists, many international, and some are on display. Picking up a pamphlet, I hit all the main works, including the infamous self-portrait of Vincent Van Gogh. It was remarkably brilliant in color close up, and no one was around to enjoy it when I snapped a couple pictures with my new iPhone. The museum is fairly large and I didn’t visit all the rooms, as I was starting to get hungry given it was after noon.

From the Fine Art museum, I’d wanted to grab a bite to eat and maybe watch the Dolphins game. This proved a challenge for a Sunday near the National Mall. After a failed attempt to eat at the nearest bar – it was the Packers bar with green and yellow cheeseheads aplenty – I ended up walking completely around the Capitol building, snapping pictures along the way, before asking a security guard for a recommendation. He pointed me in the direction of a Mexican restaurant, but not before I was able to get a few pictures of the Supreme Court building and the Congressional Archives building.

Lunch was okay, as was the attendance and service at the bar. They did have NFL RedZone on, so I was able to keep up with scores. After lunch, I trekked back to an open subway line to get back to the hotel and relax for a bit. I’d decided earlier in the day I’d head back out just before sunset to capture many of the monuments and sunset, dusk and dark. The weather today was perfect.

I timed my travel back to the National Mall well, arriving just before the golden hour. I snapped pictures all along the Mall, many of which are featured below. The lighting was beautiful and the colors/shadows were incredible. After night settled in, I made my way north looking for a place to grab dinner. I eventually ended up at a nice craft beer and whisky bar and ordered the veggie panini in an effort to add some health to my trip. Little did I know how many steps I’d take this weekend.

Returning to the hotel, I called it a night knowing the next two weeks would be busy, and I still was preparing for my third trip.

Monday morning I woke, ate breakfast, and worked remote from the hotel. During my only real meeting for the day, I got a call on my second line that confirmed my worst news. My family friend had passed away. This would make the next week even more challenging as we reconnected with friends, family, and the religious community to celebrate the life of a wonderful man. I confirmed I didn’t need to try and catch an earlier flight, and continued working at the hotel.

When it came time to break for lunch, I found this crazy good salad place that I literally stumbled into (yelp, almost fell through the door) in what I thought was a Starbucks. No dice on coffee, but the Asian salad I ordered was amazing. I’d finish the work day in the hotel lobby with free WiFi before heading back to the airport.

The best part of the day, given the news and it was a work day, was when I was able to Facetime with my friends from Scotland. We discussed plans for my upcoming 10-days to the island. The trip was starting to take shape and sounded amazing. I’d board my flight, delayed, but get home at a very reasonable time to complete the week with two funerals inclusive of a trip to Miami.

The second of my #3in30 trips was in the books. Action packed. Good food and sport. Historical moments being made while appreciating those of the past. A perfect long weekend.