While delayed a few weeks because of a hurricane, the city came out in force to support the LGBTQ community at the annual Orlando Pride and Parade events at Lake Eola. The parade featured many tributes to those lost in the Pulse tragedy five months earlier. 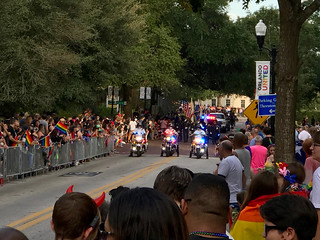