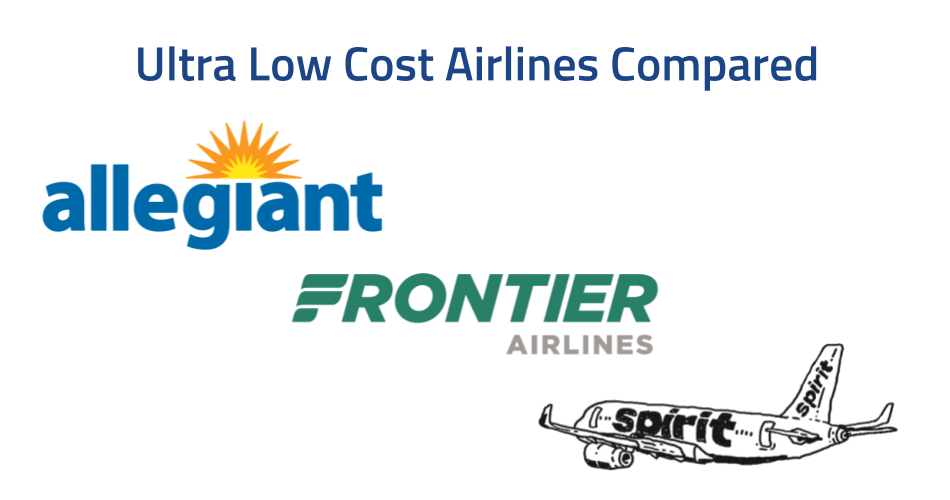 We travel for an infinite number of reasons. However, when cost and destination are the two major factors, ultra low-cost airlines have emerged to fill a gap within the airline and travel market.

To be clear, when I write about ULC airlines, it’s the three main United States no-frills, low-fare, nothing included, airlines; Allegiant, Frontier, and Spirit airlines. While a few months back I wrote about my experience with the new basic economy airfares on major airlines like Delta and United, these ULC airlines are in a class of their own.

ULCs are defined by their lack of any benefits included in your paid fare. Many see this as a nickel-and-dime form of aviation, but I prefer to see it as you pay for only what you consume. They are not unique to the US market and similar airlines like EasyJet and Ryan Air in Europe have been around much longer.

Here are a few things consistent across the US ULC brands:

I don’t travel for work any more, but my leisure travel has increased each year with nearly 10 trips on the books already for 2017. As I write, I’m wrapping up a flight on Allegiant between the Orlando-Sanford airport and Belleville, Ill., to visit friends for a long weekend. As an unintended consequence, I’ve traveled all three ULCs in the past two months. I have a few thoughts, feedback, and reviews.

Go! Book your airfare. Patience is key. Savings is great. The world awaits.