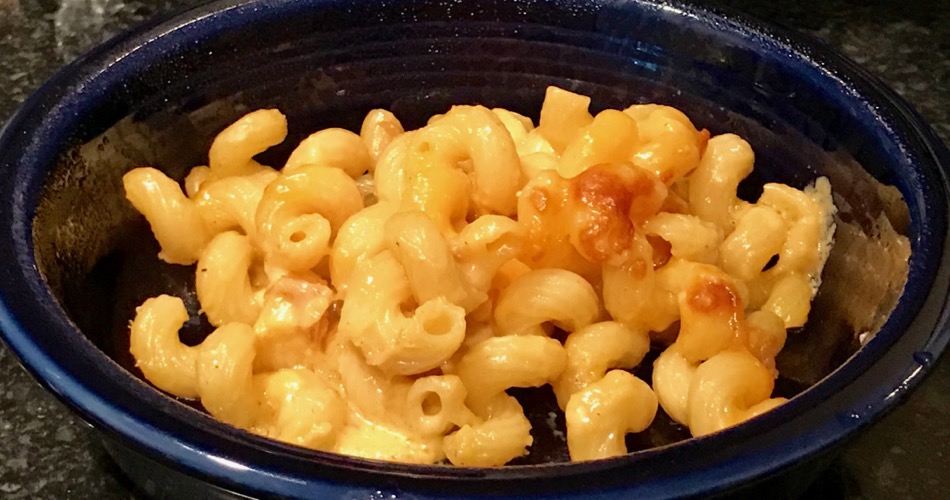 Directions:
Cook the macaroni in boiling water for about 10 minutes until tender but still firm. Drain well and set aside. Chop the bacon. In a deep skillet over medium heat, cook the bacon. Once near crispy, about seven minutes, remove and place onto paper towels to drain. Add the flour to make a roux and cook, stirring, to remove any lumps. Let the roux cook until the flour browns and smells nutty. Pour in the milk and cook until the mixture is thick and smooth. Season with salt and pepper, adding in cayenne pepper (a shake or two). Stir in two cups cheddar and continue to cook until melted. Add the beer and let re-thicken, maybe another five to seven minutes. Add the cooked macaroni and stir. Transfer the mixture to a two-quart casserole dish. Bake in a preheated 350-degree F oven for 20 minutes. Remove the casserole from oven, top with remaining 1/2-cup cheese. Bake for an additional five minutes until hot and bubbly. Finish under the broiler on high until golden brown.

Notes:
Any lager or pilsner beer will do for beer. I like to use aged or smoked gouda, or hoop cheddar cheese.