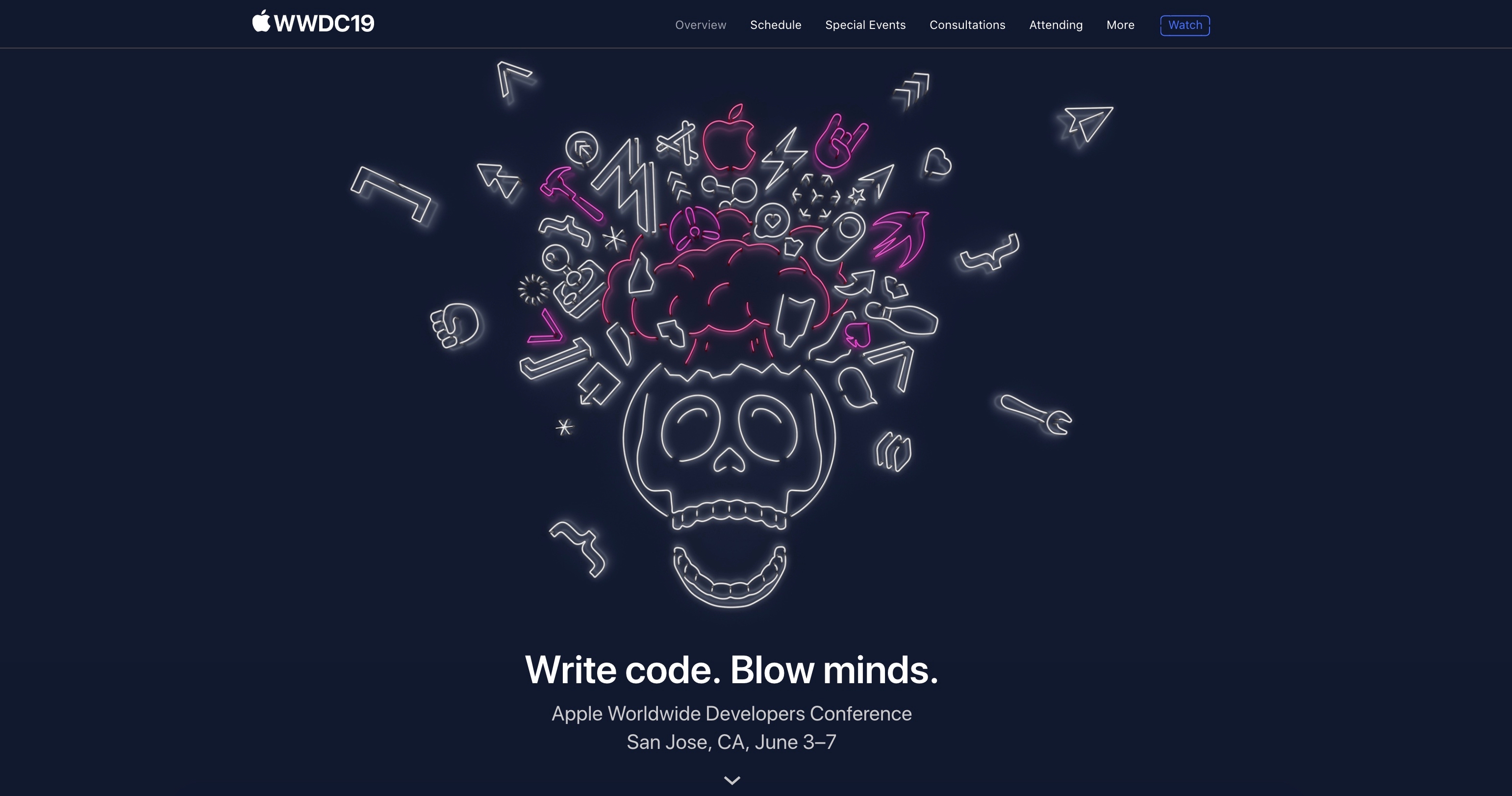 Lots happened at today’s Apple World Wide Developer Conference (WWDC19). I mean, a lot. So much that not even Tim Cook could speak fast enough to get through the two-hour keynote, which ended up running 15 minutes long.

Privacy is Primary
Apple continues to double-down on its users’ privacy. Today they introduced Apple Sign On which will allow users to sign-in to an app (or website) with their Apple credentials. Cool in that most Apple OS users should have this as part of their iCloud account credentials.

Watch Outs: Apple casually mentioned they will no longer allow other third-party sign-ons, including Google and Facebook. Sounds like we have about a year to remove/update. Additionally, users can share a “spoofed” email address when creating an account which Apple will relay back to the original user through their own domain. This could prove VERY problematic for account creation, CRM and house hold data, as well as password recovery or reset.

Location, Location, Location
Apple will now allow users to select a one-time use to share their Location. If the app runs in the background and prompts for a background refresh, the user will be prompted to either select to share location when using the app or only just for this time.

Watch Outs: one-time sharing of location could be more beneficial for occasional users, but could also limit the feature set of an app on second use. It also sounds like sharing a location all the time, even when the app is running in the background, is no longer available. Also, users will be able to see when/where (on an Apple Map) their location was shared by each app … interesting.

Getting Dark
Dark Mode comes to iOS as it did for Mac OS last year. It will also be available on iPadOS (more on that in a minute). This will allow users a darker, more conceptually cleaner experience.

Watch Outs: apps that use white as a brand element may need to redesign UX to accommodate for the dark mode. It’s unclear how this will impact traditional brands, thinking of Coca-Cola and others. Brands should immediately understand what their app will look like in Dark Mode.

Breaking Up is Hard to Do
Apple broke up a few things today, specifically iOS to include iPadOS and also iTunes to now support three distinct apps and moving device sync out of iTunes (finally!). The iOS change brings about native features for iPad and the idea to have multiple split screens. iTunes needed to be deleted, if not overhauled. Hopefully this is the direction against bloatware.

Watch Outs: a new OS version shouldn’t be too challenging for developers, but definitely now worth keeping in the UI consideration mindset as features are developed, e.g. Pencil, USB-C devices, etc. iTunes needed the break-up and will hopefully mirror user expectations for all forms of media.

Powerful Insanity
There was an unusual hardware update with Apple unveiling their new highly expandable Mac Pro. Most of the crowd initially thought it was a joke, given it does actually look like a cheese grater. The flexibility of options for various super-pro users is obvious, and so will the price tag. I mean, they even made a point to call-out it can come with wheels … WHEELS!

Watch Outs: I would imagine if you fully-load this thing, it’s gotta cost more than a mid-size car. The starting at price point was $6k and can only go up from there. The new Pro Display XDR is also VERY expensive, and doesn’t come with the $1k stand … and you’ll need the $100 attachment to connect it to … anything? Maybe for that kind of money you can pay an intern to hold it for you?

There is so much more, but these are the first highlights I’ll share. Stay tuned for hopefully another update as the week progresses.